Birth is not static. This is what the medicalization tries to do to birth. Let’s plan it, schedule it, control it, make the outcome to be conducted in just such a way. But that is not what birth is like when it is allowed to shift and transform and unfold naturally.

It is not just the medicalization that tried to do this to birth. As a childbirth educator and doula I often hear women whose main concern in planning their birth is control. They are afraid of being out of control. The idea of an induction to know just when they will be in labor is enticing. Even planned cesareans are seductive for some moms.

But when women allow the mystery to unfold they are often amazed at how their bodies knew how to shift and transform. They were amazed at how strong they were in the moment. Yes it may also have been a bit scary but it often is exhilarating as well.

I recently had a student that when her labor signs were very early, she was fearful she did not know what she needed to know. I encouraged her that she just needed to sigh deeply and let go and not fight it. Her labor was still quite early when she called me to alert me that tonight may be the night. Her contractions were moderate and not in a real active pattern yet.

I received a call three hours after that initial text and she sounded quite calm. (Later she would tell me it was in her nature to hide how she was feeling when in pain!) (Do not do this when talking to your doula please!) And she sounded like she may be moving into what could be more active labor, but it was still a bit early. Her breathing was slow and not labored at all. I told her to call me if she needed me to come. She said okay and then asked me if there was a possibility that this would go away and not end in a birth in the next day. I thought this was a weird question but agreed that it could be prodromal labor but it would soon let us know. When I asked a few more questions, she felt her fundus was still not as firm as it would be in active labor.

I had gone to bed early and laid my clothes out awaiting a call from her in the middle of the night. I thought this was indeed going to become more active labor. She was just 38 weeks and she was in denial that she would have this baby two weeks prior to her due date. We were scheduled to do her prenatal in the next few days. It had been delayed and I think she felt like things were not yet ready.

I awoke at 4am and saw my clothes hanging on the bathroom hook. I guessed she was resting and her contractions had settled down. But I was wrong. The mystery of her labor was that around midnight, an hour and a half from our first phone call, the contractions came on with a fury. She would need all of her energy to get herself in the car for the ten minute drive to the hospital. She had a lot of bloody show just before getting dressed – we know now this was rapid dilation. 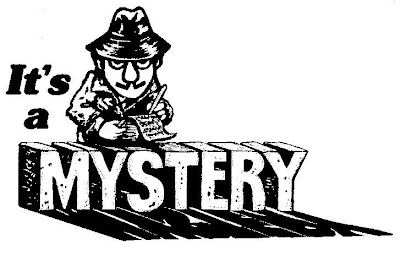 Her partner got her out the door and in the car and sped through a few lights to make the normal 15 minute drive in almost half the time. Never did it cross his mind to call me. She was deeply in labor land and was not thinking about anything but the strong contractions. While in the cargo bay of their SUV on a blanket her water broke just before they pulled into the ER bay. A wheel chair was rapidly declined and a gurney took her upstairs where her midwife met her and declared her complete and the baby coming!

The plan for our prenatal meeting to discuss what her desires for her birth, the water birth she had taken the class to participate in, the twinkle lights she knew were in my bag for creating ambiance in the room, her playlist of music, my capturing the birth with my camera… none of that was going to happen today.

Her birth had been a mystery. She had shifted and transformed as she needed to to birth her baby. She had gone from gently contracting to roaring her baby out quickly. She used words like scary, difficult, empowering, exhilarating and amazing! A mystery indeed! Was she disappointed that her plans had not happened? Nope, she was too immersed in holding her new son at her breasts and marveling at the warrior she had become!

I know that many providers would want to schedule an induction for her next baby so this would not repeat itself. She said her next baby will be born at home since the car ride was the only bad part! I think she is listening to her body quite well!