Dot to Dot… Don’t Skip One 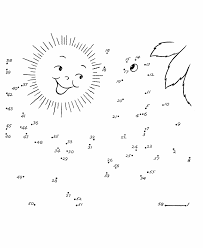 Recently after a birth, I was very sad and very happy at the same time. I had a client who did everything right. She prepared for her birth by taking great classes with Pam. She read the right books and considered all of her options for her birth. Her partner was fully supportive as well as her mother who was in attendance. Although she chose a practice based on her insurance limitations, she chose the midwives within those limitations. She stayed healthy and emotionally balanced during the pregnancy. She labored at home through the night and into the morning with irregular contractions. She went by the midwives office for a labor check before heading to the hospital. She stayed active and upright during most of her labor. She never complained about pain or wanting to quit. And she still ended up with a cesarean birth. What happened?

She was in labor just under 20 hours and had been dilated for 8.5 hours to 8 centimeters and did not change further. These are the events that led to her surgery.  Her midwife came in at one point (7 hours before her cesarean) and suggested she may  need a cesarean. But this mom knew that jumping to that conclusion would be like skipping a number in a dot to dot puzzle. If you do that  you will get a different picture in the end. She told the midwife no- let’s try this a bit longer. She did agreed to have her water broken. The baby was still very high and the thought was that the bag of amniotic fluid was creating an inability to have the head put sufficient pressure on the cervix. I asked the midwife about the presentation of the baby but she could not tell since the baby was so high. The presentation via the belly exam externally showed the baby was lined up beautifully. The mom had no back labor to suggest a posterior baby either. So breaking the bag of fluid was done and the midwife suspected that the head was a bit transverse.

Two hours later there was still no progress so the midwife offered that an epidural may be needed. The mom said, no let’s try some other things first- no need to skip a number in the steps. We tried some new positions. No change was made. Two more hours later the midwife came in and suggested some Pitocin. There was some discussion as to whether she could use an internal monitor first to see the strength of the contractions before Pitocin was added. The mom really wanted to avoid Pitocin.  She felt the contractions may not be strong enough. I was glad she was at least considering this rather than forcing the mom to the OR for a cesaean. An IUPC was placed and indeed the strength of the contractions were fine. There was no need to add Pitocin. Another skipped step avoided. There was no further change.
The mom had some nausea and was attempting to keep herself well hydrated. The midwife suggested an epidural. Since sometimes dehydration interferes with dilation, the bolus of fluid before an epidural may be the next step. A decision was made to hydrate her and get another exam before getting the epidural placed. This was a step many moms would have skipped, but this mom was willing to do this. Two hours later no change was made.
Anesthesia was called and came to place an epidural. Once the epidural had been in for a little more than an hour, an exam showed no change was being made. Sometimes a mom can try everything and an epidural offers that last bit of relaxation that allows the pelvis to open and the cervix to go to complete. It can keep a mom out of the operating room. But this was not the case. But the epidural had spaced out the contractions. So although the midwife again suggested she could head to the OR, the mom agreed to adding Pitocin to see if this step would help. Again, no step missed.
Pitocin was added. But after an hour of Pitocin, two hours after the epidural, no change had occurred to her cervix and the baby was beginning to have dips in her heart rate. The team of the midwife and the doctor  now said she needed to have a cesarean. Sad, exhausted, disappointed and also sure that all the dots had been followed- all the steps had been followed… and this was the next best thing to do.
So, sad but at the same time proud of this mom who did not skip a step. She did not jump to the end result in a hurry or feeling bamboozled. She was fully supported the whole way. Was there something we could have tried? If so I do not know what it could have been. We could have waited longer- would that have made a difference? Perhaps. But most would agree that after almost 9 hours with no change, we can think that perhaps this was the cesarean that was really needed.
Oh the baby was under 7 pounds- so not a big baby at all. We did have some ovarian tumors that could have been the culprit. They could have been causing some dysfunction to her passage way. But we will not ever really know. What I do know is this warrior mama worked hard and made great decisions along the way. For that she can be very proud of the work she accomplished!
To get the correct results when doing a dot to dot puzzle- you must not skip a dot- you can not skip a number- you need to follow the steps carefully. All births do not unfold perfectly or give you the results you desire, but following the next step without jumping a step will insure you are not making a decision without exhausting all of the options along the way.