Developments in Obstetrics over the past 50 years

The Difference An Approach Makes

This week I had my first cesarean unplanned birth this year. Two cesareans this year- one was planned due to medical reasons- but this is the first one that was not planned ending in a surgical birth. What does that say? Really nothing- statistically- it is great, in 491 births, my clients have only a 12% cesarean rate- that is 26 births- remove the planned one- and it was the first in 25. Those stats are great- but again- what does that really say? It says that the clients I have had have done a good job of staying healthy, having great pelvises, having strong uteri, are choosing the right place to birth with patient providers who believe in birth, having good educational preparation and are making good decisions and growing the perfect sized babies to fit through their pelvises. According to Kennell and Klaus’ studies, it helped that they had a doula. So what happened this week?

It happens. This baby was not overly big… actually quite averaged sized. This mom was healthy. This mom was not tiny.  The baby’s molding on his head was in the right place. The mom did not have any apparent structural growth issues. The cord was wrapped around the baby’s neck twice. But nuchal cords happen frequently. In fact 25% of babies have a cord around their neck. (My grandson was born without incidence with the cord around his neck four times.) But was this cord shorter and therefore causing a problem? Who knows? This baby was wedged down deep into her pelvis and we were told it took a lot of work to get him out. Yet she was told the baby had barely entered the birth canal. His coned head and the comments by the staff that he was wedged down deep sounds otherwise. It looked like he was trying to get out the right way. But perhaps he was wedged in a wrong way. I will be the first to say I have no idea. So what happened?  END_OF_DOCUMENT_TOKEN_TO_BE_REPLACED

I recently had a conversation with a mom about the birth she desired. She told me about the location and care providers she had chosen. She told me she had shared she wanted a natural birth with her doctors and they did not dismiss the idea. She has chosen the hospital in the metro area that has the highest cesarean rate. And it is one of the large metro hospitals that has well over a 95% epidural rate. So what does that mean?

Often times when you say I want a natural birth, the assumption is that you mean the baby comes out of the part of your baby that is natural- not having a cesarean birth. So when you say to a care provider you want a natural birth, perhaps the use of the term non-medicated, intervention free would be better used. END_OF_DOCUMENT_TOKEN_TO_BE_REPLACED

Best Decision I Ever Made by Nicole Robben

When I was pregnant with my daughter, who is my first child, I knew I wanted to have a natural childbirth, i.e. medication free.  My mom and my mother-in-law both gave birth naturally, and I was determined to do it too, not to mention the fact that the thought of having an epidural needle stuck in my back terrified me.  My journey into preparing for such a birth began with this thought and led me to Labor of Love Doula and Childbirth Services where I hired a doula and attended breastfeeding and childbirth preparation classes.  My little sister, Kayla, also encouraged me and sent me Ina Mae Gaskin’s Guide to Natural Childbirth and The Birth Partner to read.

To give a little history, the first women’s care physician that I ever saw, Dr. Elizabeth Schultz, that I went to for over ten years, always took her time during appointments, asked questions, provided nice cloth shawls, and even asked you to fill out a stress questionnaire before your appointment, so you felt like she was addressing you as a whole person and not just a cervix and a set of breasts to be examined.  Unfortunately, I had to change care providers to a more traditional (larger?) OB office near where I worked because my original physician didn’t take insurance.  I chose this office on a referral, and because it was less than 2 miles from my office.  I didn’t like the feel of this office as much as the one at Dr. Schultz’s, but despite the rushed atmosphere, thin paper shawls, and grumpy nurses, I liked the doctor I was seeing for my annual exams fairly well.  So when I got pregnant, I began my prenatal care at my OB office.  It was, after all, conveniently close to where I worked…. END_OF_DOCUMENT_TOKEN_TO_BE_REPLACED

Who Will Play the Roles At Your Labor

Often couples are confused by the roles the different players will have in their labors. I thought I would offer some descriptive words of who does what in the usual labor. Some roles may overlap and others will not. I am sure there are responsibilities I may miss. Some nurses and midwives, when able to, offer similar labor support as a doula. Some midwives are more like a doctor in the way they practice. Each provider of support offers their expertise and personality into your labor.One doctor may bring laughter and encouragement when another only arrives to catch the baby. Often times one nurse has two patients and may be watching another while a birth is occurring or a nurse is on break. Some midwives may be sleeping after being up all night or busy with several moms in labor. Feel free to add more in the comments section. What did your partner, nurse, doctor, midwife or doula do for you?

100 Ways To Help  Achieve A Natural Birth
Decisions in your early pregnancy:

Midwives: What is the Difference Between Them?

There are basically three kinds of training for midwifery; CPMs, CNMs and DEMs.  Although there are a few others designated. The midwives training is different as well as their licenses. I thought for clarity sake I would share them with you. Although the restrictions of the type of care they can provide varies from state to state.  I have gathered this information from the websites that represent the different types of midwives.
END_OF_DOCUMENT_TOKEN_TO_BE_REPLACED

We have a client who was trapped by her insurance to not be able to seek the midwifery supported model of care and the water birth she had found was possible. She was working to try to make it happen when she went into labor two and a half weeks early. Then not only was she not getting the birth experience she had hoped for she ran into several other obstacles. But this story is not a bad one- indeed it is one about overcoming!

END_OF_DOCUMENT_TOKEN_TO_BE_REPLACED 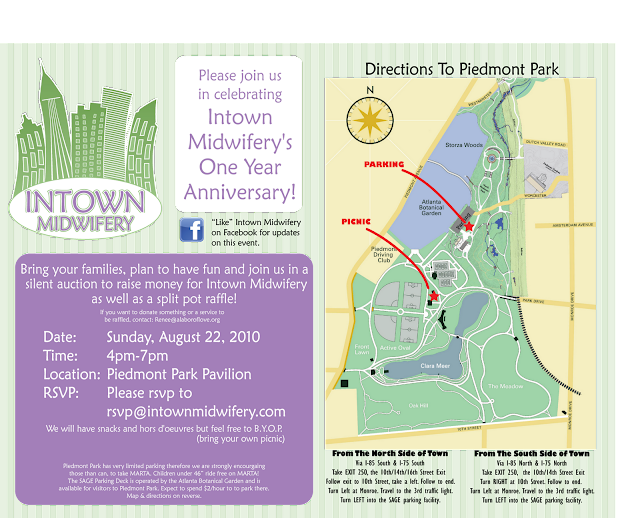