Another Dot to Dot 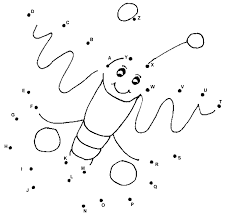 One of my doulas recently had this birth experience. Ironically with the same group of midwives as mine but at a different hospital. Let’s read about the dots she made sure she followed.

Labor began in the early hours of day one. She calls this the start of labor because she could no longer sleep through the contractions. She left for the hospital a little more than 9 hours later. Her contractions were 2.5 minutes apart for just at an hour and she was feeling some pressure in her bottom.

When she arrived to the hospital and was checked she was found to be 4 centimeters dilated, the baby was low at 0 station and she was fully effaced. Although disappointed that she was not further along, all the signs to go to the hospital had been apparent and she was doing great with the news.
7 hours later another check showed no change and the midwife suggested breaking her water. Ironically there was also discussion that since her water was not broken and her contractions had spaced out to six to seven minutes apart, she could opt to go home since this was being diagnosed as non progressing prodromal labor. The mom declined having any intervention but also wanted to stay.
2 hours later there was a discussion regarding having her water broken to help her progress. She declined the intervention. She was really tired and this labor was still quite irregular. A little more than four hours later after again no change after her third exam- now 12 plus hours at 4 centimeters, she agreed to take some Ambien to help her sleep. Fatigue is overwhelming. She took the Ambien and slept between contractions that were now spaced to10 minutes apart. The concern was that with contractions were so spaced out that it was doubtful that any change had actually occurred. But at 5:30am the mom was feeling pressure again.
Hopeful but doubtful, the midwife was called and did her fourth exam. This exam showed she was dilated to 8 centimeters! How in the world? Everyone has been told you must have contractions closer together to bring change- but this mom showed this was not always the case! The midwife discussed breaking her water once more. The mom declined.
After having a very strong urge to push she was found to be complete within the hour of the last exam. She began pushing after about fifteen minutes of getting to know how to listen to her body’s urges. And with spontaneous and gentle pushing while remaining on her hands and knees- over the bed, she birthed her baby after two hours of pushing. The baby was just under 8 pounds.
This mom also had terrible back labor most of the labor- although the midwives could never note that the baby was occiput posterior. When they were able to determine position, the baby was in a perfect position.
So why the difference between the two dot to dots? One had a mom with a baby really high and this baby never dropped into the pelvis. Later it was determined that the baby was a bit transverse entering the canal. Also this mom had some medical issues- tumors on her ovary that may have been a culprit in making the baby enter that way. The first mom also was “stalled” at eight centimeters and was not ever considered prodromal due to that point. Whereas this mom’s “stall” came when she was not officially determined to be in active labor. Also her baby was low and had already gotten down into the small part of the pelvis- 0 station. The first mom’s baby was only at -1 during the contractions and rested at -2 station- meaning never even entered the canal.
But what is essential to note is both moms did not skip any steps. They felt compelled to decline procedures that they were not either ready to have done or did not want to have done yet. Both moms chose patient midwives. Both moms labored at home for quite some time. Both moms chose to have a doula attended labor. One chose to have her water broken after an 8.5 hour “stall” and the second mom chose to not have her water broken until 18 hours after arriving to the hospital. I hate to use the word “stall” as I do think both of these labors could be considered plateaus for these moms. I do think a baby not dropping into the pelvis for 8.5 hours is an indicator that the baby is having a hard time getting down and therefore may be a signal that the baby is not coming vaginally.